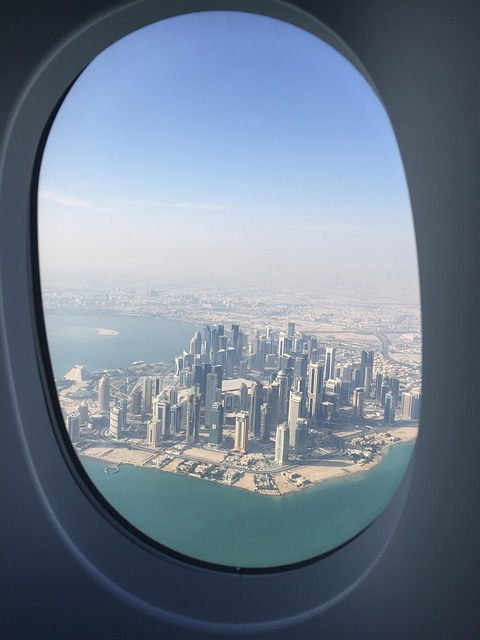 The controversies in this year’s World Cup in Qatar seem endless. Whether it be deaths of migrant labourers, corruption in international sports, authoritarianism, or discrimination against LGBTQ+ people, the tournament is drawing attention to a wide range of disquieting issues. Included in this smorgasbord of controversy has been the dubious claim made by FIFA and the tournament organisers that it will somehow be 100% carbon-neutral. While for some this claim is controversial because it is simply hard to believe, it has also raised questions about how genuine and meaningful it can be when it purportedly will be achieved through the purchase of a huge number of ‘voluntary’ carbon credits to offset the tournament’s emissions. However, while the World Cup gives good cause to scrutinize how and for what purposes carbon offsets are used, it is still important to remember that not all carbon offsets are the same.

The claim to climate neutrality is essentially a pledge that the event will have no net impact on atmospheric greenhouse gas concentrations and is tied to FIFA’s campaign over the past decade or so to advertise its green credentials. At first blush, though, it is hard to imagine how this promise could possibly be kept. The tournament is being held in a desert nation with by far the highest per capita CO2 emissions in the world. Preparations have required massive infrastructure investments, including six (!) brand new stadiums, 1,791 km of new roads, 207 bridges, 143 tunnels, a new metro line, over 100 hotels, and countless catering venues for the anticipated 1.2 million attendees, most of whom will fly in from all over the planet. One can’t help but think that the idea that all of this will have no (net) impact on the environment is very far-fetched.

FIFA’s claim to carbon-neutrality has two basic components. The first is that emissions will be mitigated by certain investments made by the organizers. The second is that any leftover emissions, 1.8 million tons by FIFA’s estimates, will be offset through carbon credits, tallied once the event concludes. FIFA has calculated that the tournament’s carbon budget will be a little over 3.6 million tons of emissions. By itself, this figure is staggering. It is a larger figure than the annual emissions of 71 countries and is only slightly lower than those of Iceland and Namibia. It is also nearly double that of the previous 2018 World Cup held in Russia, and about on par with the 2016 Rio Olympics (which showcased 305 sporting events, not just one). External observers have pointed out that the methodology used by FIFA to reach that figure were very conservative, and have calculated that the real emissions figure for Qatar will likely be double or even as high as triple that. For some, this accounting discrepancy smacks of ‘greenwashing,’ and it has inspired a number of consumer protection suits to complain of false advertising, including in Switzerland where FIFA is based.

To achieve its goal, Qatar recently created the Global Carbon Council (GCC), the only global voluntary GHG offsetting program in the Middle East. The GCC maintains a carbon registry that records, issues, and facilitates the exchange of ‘Approved Carbon Credits’ created to reflect the carbon sequestration benefits that projects submitted for registration have been deemed to have. This registry and its standard-making processes are similar to but entirely independent from other leading voluntary carbon market standards in the world, like the Verified Carbon Standard (Verra) or the Gold Standard (GS), though some have criticised the GCC’s standards for being less stringent.

Two key concepts are essential for putting this offset purchase plan into context. The first is that the carbon credits to be purchased to offset the World Cup are ‘voluntary’ in the sense that they are issued and purchased by processes that are independent of any external government regulatory oversight. The carbon credits that the GCC issues are subject only to rules and standards of its own making. It is therefore no different to Verra or the GS, or any other market-based voluntary standard-setting bodies like the Rainforest Alliance or Fairtrade.

The second concept is ‘additionality,’ which is an accounting standard by which the validity of any offset credit can be judged according to what ‘additional’ carbon sequestration impact the activity that it refers to has had. In principle, sellable offset credits should only be issued for activities that sequester tonnages of atmospheric carbon in addition to any sequestration that would have happened anyway (‘business as usual’). Thus, according to this principle, the activities of treeplanting, energy efficiency promotion, or forestry managementprojects, for instance, should be registered and sold as valid offset products only if and when they represent some additional investment or behavioural change that, in its absence, would not have sequestered the X tons of carbon from the atmosphere that the carbon credits itemize.

Among environmental activists and throughout the popular media carbon offsets are often criticised out of suspicion of the ‘voluntary’ nature of their standards, and also more spectacularly when, upon closer inspection, they are found to credit projects that produce no actual ‘additional’ carbon sequestration benefits. John Oliver, in a recent Last Week Tonight segment on HBO, hilariously equated carbon offset credits to ‘winning a kids choice award — it doesn’t really mean much, but it will help you temporarily look a little greener.’ He is not alone. Greenpeace has called the entire idea of carbon offsets a ‘scam,’ especially when their primary purpose is to promote some corporate image of CSR accountability to either consumers or shareholders. Environmental activists are currently lobbying Brussels to drop plans to create an offset certification system for the EU, calling it a ‘greenwashing fantasy.’ In a recent review of credits that currently sit in the GCC’s registry, Carbon Market Watch concluded that the majority of them were renewable energy projects that were unlikely to have achieved credible additional reductions in atmospheric GHG concentrations.

These critiques are well-founded and well-documented. Except, that is, in one important way that is rarely discussed in popular discourses. In almost all cases, public discussions about carbon offsets speak refer to offset products that are exchanged for sale in ‘voluntary’ carbon offset markets. There is another, though less common, kind of offset system where so-called ‘mandatory’ or ‘regulated’ carbon offsets are bought and sold in tightly regulated systems specifically designed to achieve ‘additional’ emissions reductions. In contrast to ‘voluntary’ markets, these offset sales are linked to ‘mandatory’ governmental regulatory regimes that obligate high-emitting industrial or other sectors to reduce their emissions over time. The purchase of offsets in this context is not CSR window dressing, but rather a (costly) way for high emitters to stay in regulatory compliance when they are unable to meet their annual emissions quotas. Since these ‘mandatory’ carbon credits are used for regulatory compliance purposes, they are subject to rigorous oversight by public authorities, are only available for sale on government-run registries, and are validated and certified only when they are deemed to be ‘additional’ on the basis of well-established scientific protocols and strict rules about data collection.

When done well, ‘mandatory’ or ‘regulatory’ offset credits address the very accountability and additionality problems that have evoked so much ire about offsetting the World Cup’s emissions this year. This, of course, begs the question why Qatar can’t just purchase ‘mandatory’ instead of ‘voluntary’ offset credits. The reason is simply that none are available. Firstly, Qatar, one of the highest emitting nations in the world, has no mandatory regulatory system in place to reduce domestic emissions in which to embed the offsets on the GCC register. Secondly, there is no global market for mandatory offset credits, which are available for purchase only within a very few specific and delimited national or sub-national regulatory jurisdictions, like California, Australia, and Canada. Thirdly, there are very few successful examples of functional mandatory offset systems around the world, and their experiences have demonstrated how complex, expensive, and often barely cost-effective for carbon farmers it can when offsets are tied strict scientific protocols and verifiable additionality standards.

Agricultural offsets are a good example of this. When agricultural producers make adjustments to their land use and livestock rearing practices and adopt GHG sequestering techniques like no-till farming, mulching and cover cropping, livestock methane capture, and crop rotation, among others, they can produce calculable ‘additional’ reductions in business-as-usual emissions that in a couple regulatory systems can qualify as carbon offset credits. In California, Australia, and the Canadian province of Alberta, for instance, such practices can be converted into carbon credits that regulated industrial emitters can purchase in order to stay in compliance. In order for so-called ‘carbon farming’ to be a viable and attractive option for agricultural producers to take on, however, the costs of producing the additional benefit by switching to a new technique or technology must be matched by a high enough price for the offset produced. Such practices often require costly technological investments and data collection practices that can satisfy the rigors of their external monitoring and verification by the government. In Alberta, in Canada, which was one of the first in the world to credit novel agricultural practices as offsets, demand for regulatory offsets is far higher than their supply simply because the way that incentive balance is struck is not attractive to many farmers.[1]

For critics of offset systems, such lack of supply might to be a good thing as it places more burdens on regulated emitters to invest in reducing their emissions on their own. On the other hand, however, from a regulatory design point of view, regulatory systems generally stand a greater chance of achieving their overall objectives, like actually reducing atmospheric GHG levels on a mass scale without excessive economic disruption, when they offer a plurality of routes for regulated sectors to achieve compliance.[2] Furthermore, systems that integrate multiple sectors, like agriculture, can provide spill-over incentives for other kinds of producers to profit from adopting new kinds of resource uses and practices if the right economic balance is struck. Given that agriculture contributes on average 15-20% of gross GHG emissions in the world, this is no small thing.

Thus, while there are, and will continue to be good reasons to be sceptical of FIFA’s claims to carbon-neutrality this year, one should not conclude from this that the means by which it is making this claim are entirely without merit. Carbon offset systems can be effective in achieving additional reductions in atmospheric GHGs, and they are one of very few available mechanisms for doing so. However, this is only so when they are done well, and when they are well-integrated into larger emissions reduction mechanisms. Unfortunately, the offsets that will be bought by Qatar to offset the World Cup’s emissions will not be tied to any regulatory imperative to reduce Qatar’s or FIFA’s emissions. At best they may make World Cups more expensive to host in the future, but when money is no object for fossil fuel-rich hosts like Qatar, this benefit misses the point and distils down to an expensive branding exercise. Nevertheless, the carbon offset baby should not be thrown out with the dirty World Cup bathwater because of this.

This research is made possible through funding from the Netherlands Research Council NWO under grant number 406.18.RB.004. 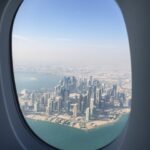 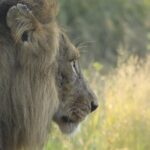 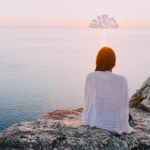